We are very proud to be awarded as "A Must" among the greatest 14 "Incontournable" chocolate makers in France by the "Club des Croqueurs de Chocolat" for the 4th year!

Prize list of the 14 greatest chocolate makers in France 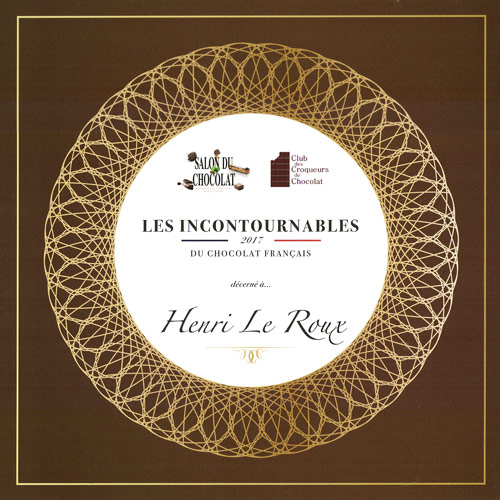 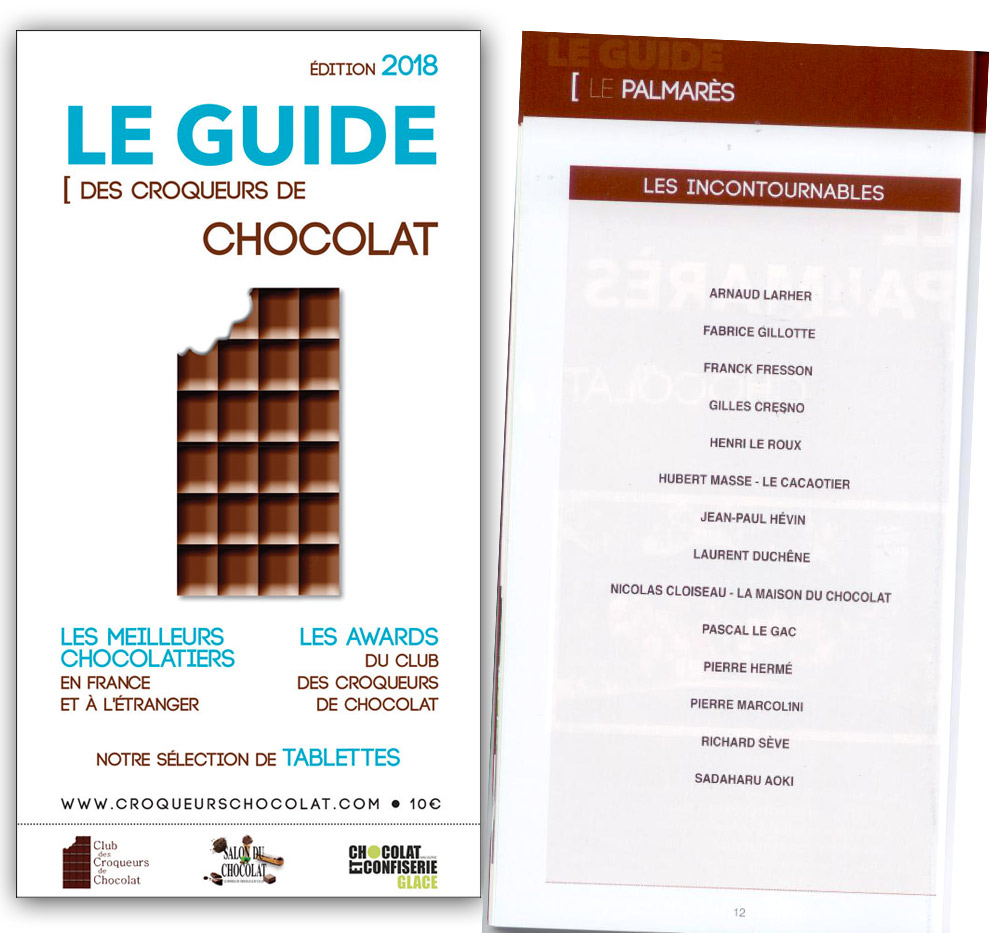 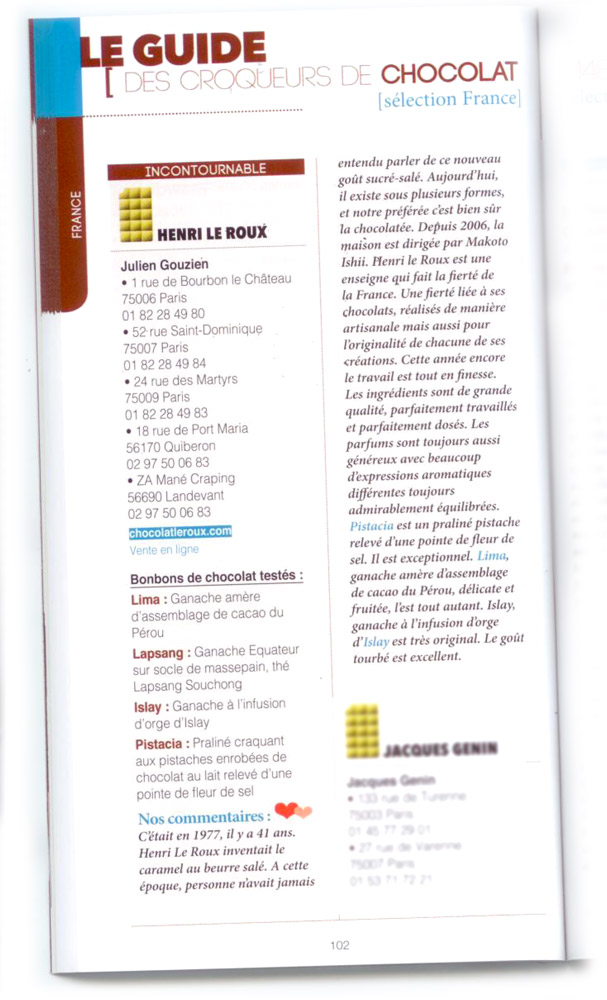 The Club is a reference for taste chocolate.

You can find the prize list in the 2018 Guide des Croqueurs de Chocolats !